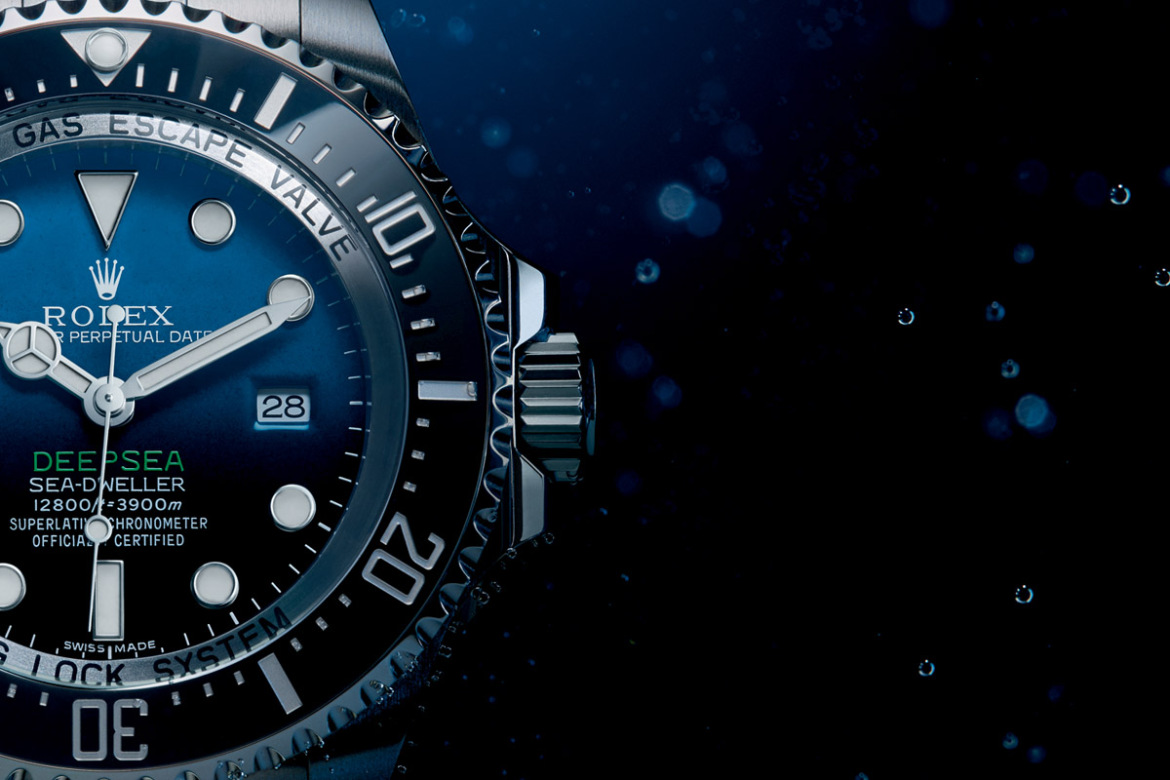 It’s not often that Rolex releases a watch outside of the annual Baselworld trade show that takes place each spring. But just a few short weeks ago, Rolex unveiled the Deepsea D-Blue to coincide with the release of National Geographic’s Deepsea Challenge 3D, a documentary chronicling filmmaker James Cameron’s mission to the bottom of the Mariana Trench. The Deepsea D-Blue takes the robust mechanical foundation of the Deepsea and adds a few special touches inspired by Cameron’s mission. This is a watch worth a closer look.

Rolex’s relationship to the Mariana Trench dates back to when Cameron was in elementary school, when Don Walsh and Jacques Piccard climbed into their submersible, the bathyscaphe Trieste, and descended 10,911 meters into the deepest part of the ocean, the Challenger Deep. They did so with a special watch, the Rolex Deepsea Special strapped to the outside of the Trieste. When Cameron returned to the bottom of the Trench in 2012, it was inside the submarine Deepsea Challenger, and again there was a special Rolex attached to the outside. It is this mission that inspired the creation of the Deepsea D-Blue.

Is the Apple Watch a threat to Rolex?
Does A Rolex Watch Lure in The Gals?